WDC
WDC, Whale and Dolphin Conservation (formerly WDCS) is the leading global charity dedicated to the conservation and protection of whales and dolphins.

Sea Shepherd
Established in 1977, Sea Shepherd Conservation Society (SSCS) is an international non-profit, marine wildlife conservation organization. Their mission is to end the destruction of habitat and slaughter of wildlife in the world’s oceans in order to conserve and protect ecosystems and species.

The Dolphin Fleet
In 1975 the Dolphin Fleet started whale watching out of Provincetown, Massachusetts with the hope of bringing an understanding and awareness to the public about whales and their environment.

The International Marine Mammal Project
A project of Earth Island Institute for more than 30 years. The International Marine Mammal Project has led the fight to protect dolphins, whales, and the ocean environment. They pioneered the “Dolphin Safe” tuna fishing standard and directed the historic rescue and release of the orca whale Keiko, made famous in the movie Free Willy.

Dolphin Project
Ric O’Barry’s Dolphin Project is a campaign which aims to stop dolphin slaughter and exploitation around the world.

NOAA
National Oceanic and Atmospheric Administration is an agency that enriches life through science. Their aim is to keep citizens informed of the changing environment around them.

Cetacea
This site provides information on every species of whales, dolphins and porpoises. The site is under reconstruction at the moment.

Defenders
Defenders of Wildlife employs over 150 dedicated professionals and has nearly a million members, activists, and members nationwide. The organization has evolved to take on the task of preserving native wildlife species and habitats.

Dolphins World
A wide selection of facts and information, pictures and videos.

Dolphin Institute
The Dolphin Institute (TDI) is a Hawaii-based not-for-profit organization dedicated to the study and preservation of dolphins, whales, and other marine mammals, and to the education of people whose attitudes and activities affect the survival and well-being of these animals.

We Are Sonar
Sonar is pioneering human understanding of who cetaceans are. They conduct groundbreaking research with wild cetaceans, advocate for their legal rights to their own lives, and share with you the existing science and amazing stories about who these beings really are.

Cetacean Sound
Their priority is to promote the protection and development of the welfare of Marine Mammals and the preservation of environmental resourses such as coastal ecosystem.

Sea Watch Foundation
Sea Watch is a national marine environmental charity working to improve the conservation of whales, dolphins and porpoises in the seas around Britain and Ireland.

Planet Whale
Planet Whale is the global community that will change the way we view whales and dolphins forever. Listing of responsible operators.

Temple of Song
Maniko – a singer, writer and friend.

One Sky Music
Celebration with Milarepa & One Sky Band. 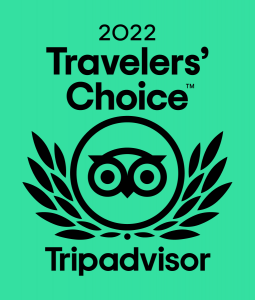 We are passionate about our work. We do all we can to support the preservation of all wildlife especially cetaceans and the oceans.

Office hours are Monday to Friday from 11am-5pm USA/EST.

Dolphin Gram
A pod of bottlenose dolphins passing by 😍 The