Reflections on a Cetacean encounter by 17 year old Niko Cvitanic, written for a school project following his trip to WildQuest.

Well below the surface, a mother and her babies swam boundless aerials around one another. The dolphins seemed to acknowledge me as I floated above, but exhibited no fear in their effortless dance. Our interaction was no more than a few moments, but the creature’s brilliance was mesmerizing. After actually shrieking with glee, I decided it necessary to learn about this marvellous creature.

I began by researching Cetacean behaviour, and quickly found they are a very intelligent group of species. One of the most impressive displays of their intelligence is a form of communication. Cetaceans produce melodies that not only share hierarchical structures similar to pop songs, but are often exchanged between discrete populations up to hundreds of miles away.

This behavior not only shows signs of ingenuity, but cultural transmission similar to the way people share music today. I was always under the impression that humans were an entirely advanced species, but the more I learned, the more fragile my notion became. Although humans may be the most dominant species to walk this earth, in addition to creating the worldly pleasures of Hot Pockets and Wii tennis, I’m no longer sure these accomplishments equate to worldliness. Although dolphins mostly just eat, sleep, poop, and play, I think there’s something grand in their simplicity. With as much stimulation we are constantly bombarded with, it’s easy to become distracted.

People, including myself, are often caught in the whirlwind of media, accessories, and the dream of eternal economic growth, eventually losing sight of the important. Seeing the dolphins glide among the ones they loved with complete vulnerability and joy, was not only humbling, but served as a reminder to what’s meaningful.

After my encounter, I’ve continued disentangling the superficial from the fulfilling, in order to create a simpler life. By re-allocating my focus, I’ve been able to surround myself with sincere friends, allow more time for my family and hone in on my honest interests.

Everyday now, I wake up excited to share belly laughs with my mates, take my dog on our routine sunrise hike, and repeatedly botch “Blackbird” on the guitar. Although I may miss out on “the craziest mountain rave”, an art show, or the weekly gossip, I have never felt so content. This reassurance has allowed me to persistently give my most genuine self, remain present, and sometimes even escape my self-absorption to focus on others.

Admittedly, I’m still riddled with insecurities and consistently face existential crises, but if I can just remember to dance among my loved ones, I usually remain buoyant. 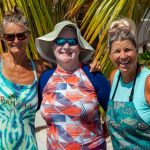 Reflections from the WildQuest kitchenBlog, Recipes 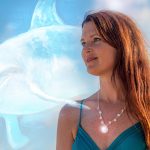